Medical implants provide a solution to diseases that are difficult to treat with drugs.

We have been researching and developing implantable devices with WPT (wireless power transfer) at Stanford University in the United States. The implant device developed by our company can supply power from outside the body to inside the body at a depth of 20cm from the body surface, which is difficult for radio waves to penetrate. We have confirmed its effectiveness through animal experiments.

Our research is attracting attention globally, and is expected to be used in the treatment and prevention of diseases that cannot be solved by drugs. For example, cardiac pacemakers require periodic battery replacement with surgery. But if they are powered from a power transmitter outside the body, battery replacement will no longer be necessary.

Metasurface Antennas Refractive and Fit into the Skin

With the rise of leadless pacemakers, the structure of pacemaker industry is changing. However, even if we use a leadless pacemaker, its battery runs out in six years after start using and hence needs to be replaced with a new one. With our WPT technology, supplying power wirelessly from outside the body to the pacemaker in the heart becomes possible instead of implanting a new one. This is realized by our metasurface antenna technology.

Cardiopulmonary control in pigs with the world's smallest wireless pacemaker

As a result of animal experiments using pigs with the world's smallest pacemaker that we developed, we succeeded in pacing the heart by wirelessly supplying power to the right ventricle, right atrium, and left ventricle for the first time in the world, while keeping the SAR (Specific Absorption Rate) below the regulated amount of 0.8W/kg. The minimum transmission power required was 216 mW even for powering the left ventricle, which is located the deepest from the body surface, indicating that this method is practical. 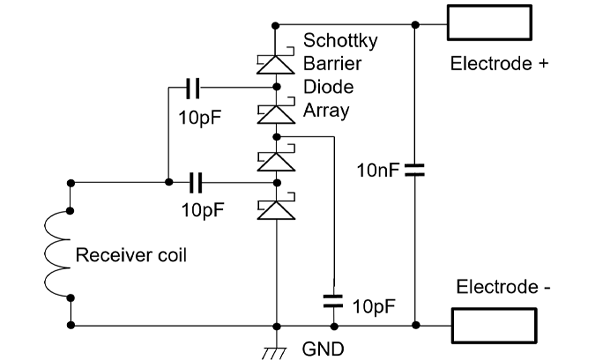 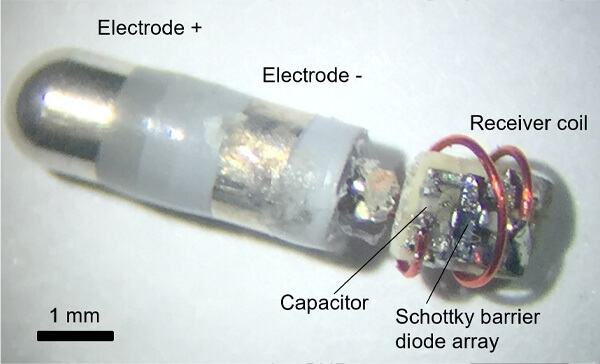 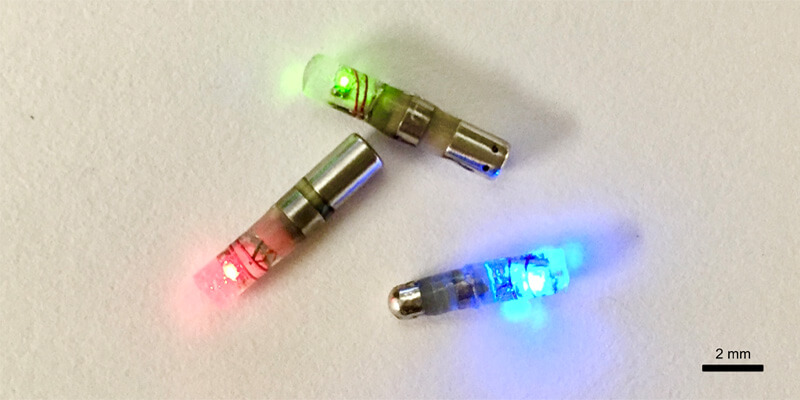 Optogenetics is a method of selectively manipulating cell functions by using light to irradiate photosensitive proteins. This selective means that it is possible to stimulate the nerves with a higher resolution than electrical stimulation. When light irradiation is added, action potentials can be obtained from neural cells for a light-sensitive protein called channelrhodopsin, which can be adapted to neural cells that are voltage-dependent.

One of the challenges was that the light irradiation of channelrhodopsin has been done using lasers and other devices. Since the optical fiber emitting the laser had to be actually passed through the body, it was difficult to conduct free experiments, especially in an environment with multiple mice. Wireless Optogenetics is a completely wireless implantable system that enabled to build an environment where mice could receive power and light evenly in any part of their cage for the first time in the world.

Technology to Stimulate Nerves by Light